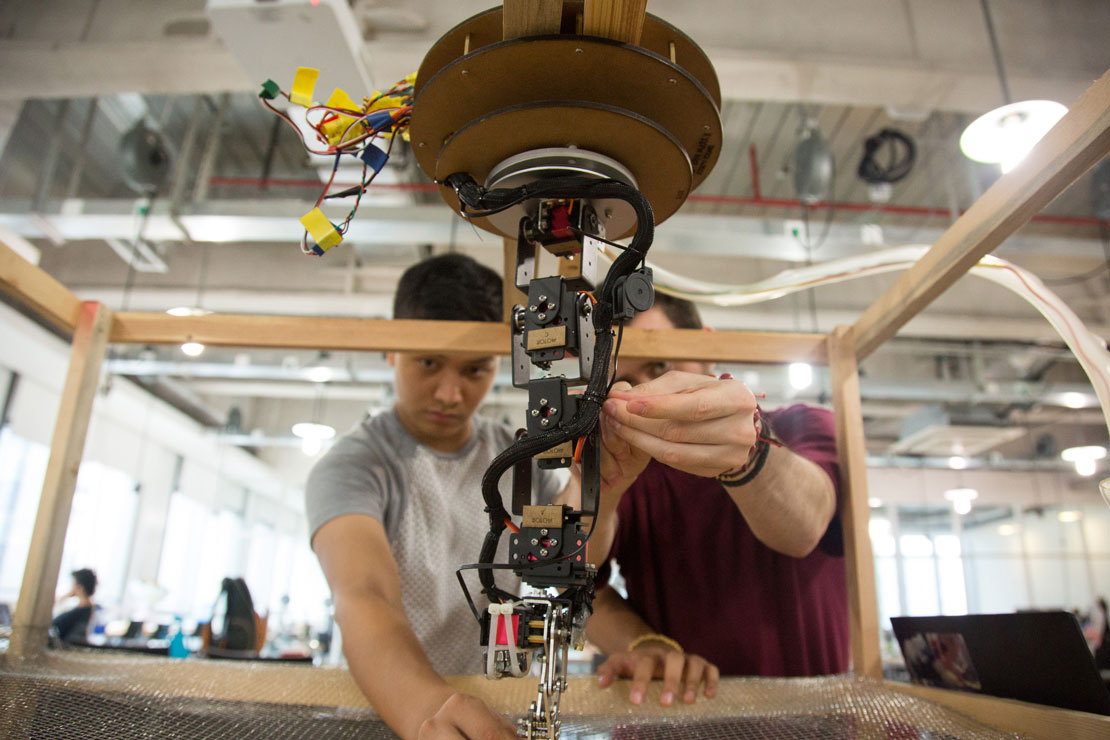 The assistive robotic arm was an exploration into finding new ways for robotics to be used in assistive tech. This is both a working prototype and a proof of concept, just a simple robotic arm with a webcam attached to it, using computer vision, an Arduino, and head mouse to find and then grab certain objects. With this you can control and move the robotic arm with just the use of your head.

We originally wanted to use a high quality Logitech webcam, but then elected to go for a smaller, cheaper, and also lighter webcam that the robotic arm could handle. 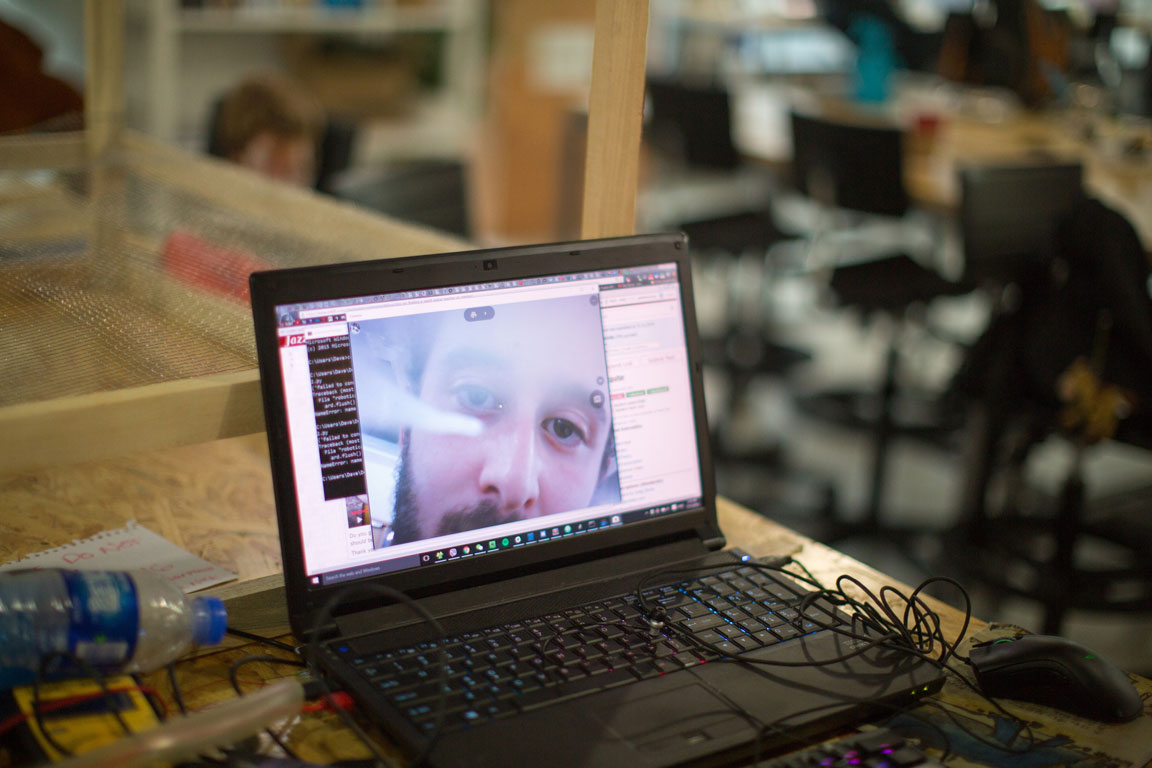 A bit of a peek into how the computer was processing the video feed. We drew a small crosshair as an overlay in order to visualize what areas of the feed were being detected. If the color it was looking for was not fully centered, the arm would send instructions to the micro-controller to move and center accordingly. 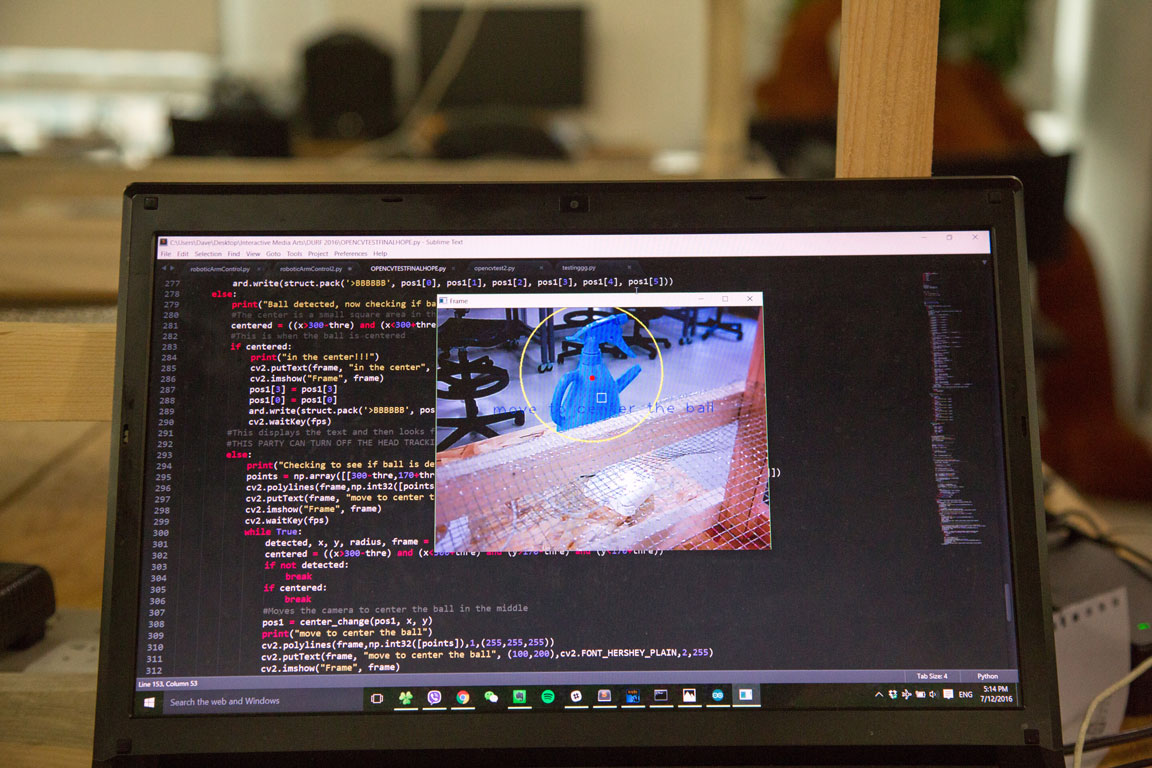